Terrific radar image of Anak Krakatau, with its new crater no longer connected to the sea. 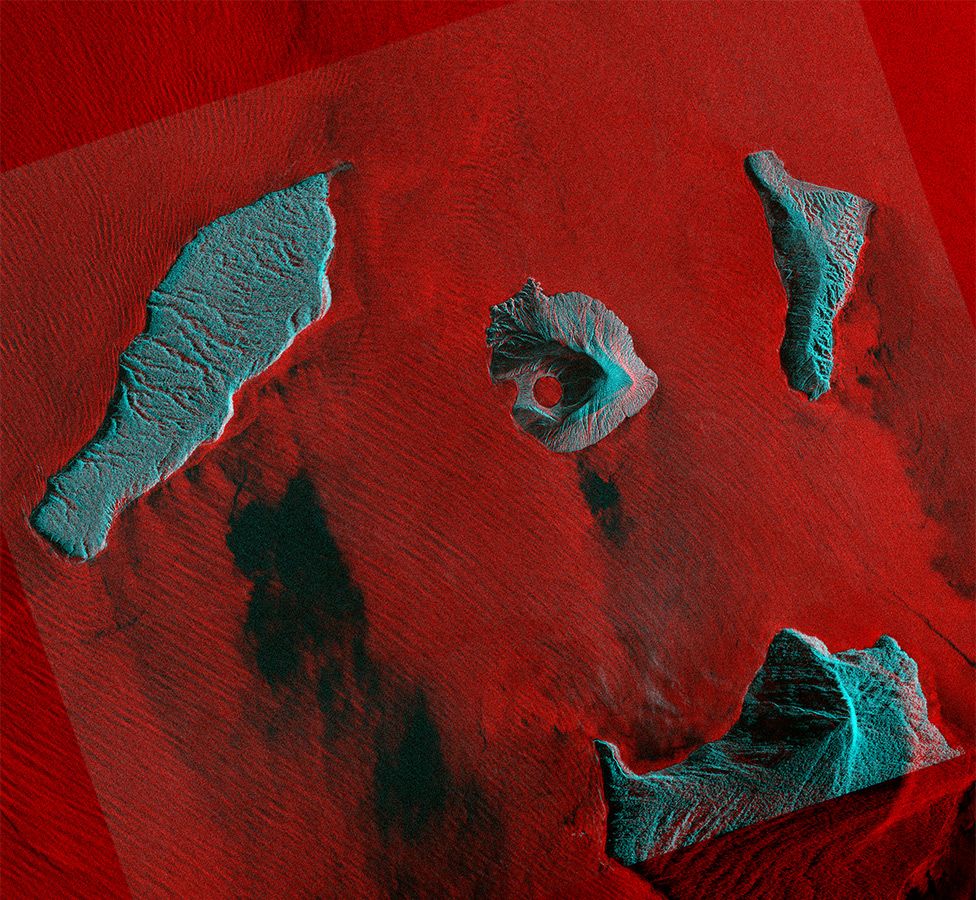 It reminds me a little of Perlin3D, as it happens. Can I has volcanos on Veonquat?
A squid eating dough in a polyethylene bag is fast and bulbous! Got me?
Top

well i just happened to have a pair of red/blue 3D glasses in my draw...
While not quite the full 3D look it definitely gave a better impression of the slopes and the undulations in the red sea floor... impressive.
Arthur: OK. Leave this to me. I'm British. I know how to queue.
OR i could go with
Arthur Dent: I always said there was something fundamentally wrong with the universe.
or simply
42
Top

Oh, my eyeees!
Should've paid more attention to your discourse

A bit of background for the complain: I didn't get into the "market" for stereoscopic 3D content when red-cyan was the norm, but later, when the only available content was green-magenta, thus my glasses are green-magenta. Of course, as any other enthusiast, I developed a simple way in blender to adjust the red-cyan to green-magenta, and fell for spud42's challenge

Long story, short: don't try this at home, it will hurt, because it's not 3D and your eyes will fail to find a focus!

On the other hand, why didn't they colour it brown-yellow or something else ...
Top

well with the red/blue it resolved into an image easy to see what i meant by not full 3D was that the height was compressed. ie as you moved your head the top of the volcano didnt "move" relative to the base . but it was easier to see than the flat image without glasses.
in the original flat image to the right of the caldera you see a dark area then what looks like a flat cyan area with a red area next to it.. with the 3D glasses you see a slope and a definite ridge line of the volcano lip.... my problem is i now have glasses to see and i can either wear them or the 3D glasses but wearing both doesn't work.

Arthur: OK. Leave this to me. I'm British. I know how to queue.
OR i could go with
Arthur Dent: I always said there was something fundamentally wrong with the universe.
or simply
42
Top
Post Reply
4 posts • Page 1 of 1