First pictures of a Black Hole

First pictures of a Black Hole 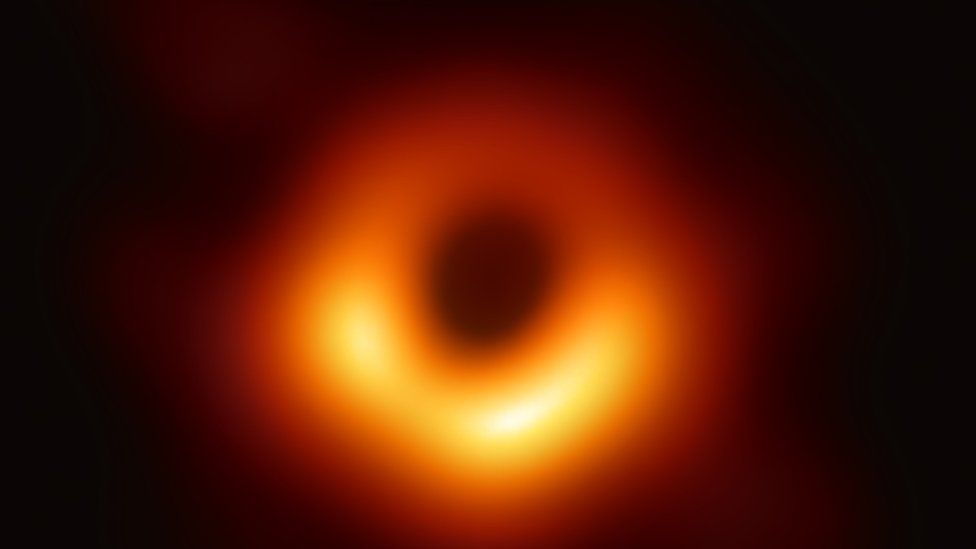 Astronomers have taken the first ever image of a black hole, which is located in a distant galaxy. It measures 40 billion km across - three million times the size of the Earth - and has been described by scientists as "a monster".

The black hole is 500 million trillion km away and was photographed by a network of eight telescopes across the world. Details have been published today in Astrophysical Journal Letters.

Prof Heino Falcke, of Radboud University in the Netherlands, who proposed the experiment, told BBC News that the black hole was found in a galaxy called M87.

"What we see is larger than the size of our entire Solar System," he said. "It has a mass 6.5 billion times that of the Sun. And it is one of the heaviest black holes that we think exists. It is an absolute monster, the heavyweight champion of black holes in the Universe."