Finished the prison and freighter ships (the latter now has an emission map as well), so now all ships are done. I am sending phkb the files soon.

Dictators 2.2 is now available via the download manager, as well as an updated Imperial AstroFactory. Many thanks to gsagostinho who has done a fantastic job on the new textures for these ships.
My OXP's
YouTube: Oolite Teaser Trailer
Top

phkb wrote: Dictators 2.2 is now available via the download manager, as well as an updated Imperial AstroFactory. Many thanks to gsagostinho who has done a fantastic job on the new textures for these ships.

My pleasure. But I noticed two things in the extension manager:
- I am seeing two versions of Dictators OXP, and when filtering through OXPs with update only I wasn't shown the newer version.
- I cannot download the Imperial Astrofactory, I get an error "Download failed!". Can anyone download it via the manager?
Top

Eek! I must have messed up the file somehow. Standby...

gsagostinho wrote: I am seeing two versions of Dictators OXP, and when filtering through OXPs with update only I wasn't shown the newer version.

I'm working to get the old version removed - it might take a day or so, though.
My OXP's
YouTube: Oolite Teaser Trailer
Top

Thanks for the quick fix, I can confirm it's all working fine now! Also, it seems the old version also got removed, thanks a lot!

Version 2.4 has now been released. In this version:
My OXP's
YouTube: Oolite Teaser Trailer
Top

If somebody would intend to add a 3rd Dictator group, a Theocracy would be the idea, which systems would be suitable for that ?
Trying to survive behind the controls of a Caduceus Psi XT in Alpha test

A Theocracy? The Church of the Witchspace Lobster? Or is that a cult?
Their dreams a tattered sail in the wind
Top

We got the Black Monks already and in random hits plenty of clerics as targets. If I use existing models and re-texture them a bit most of the work would be done. The script wouldn't require much modification.

Quick draft for breakfast, to stick with vipers here a re-texture of the "Red Knight Squadron": 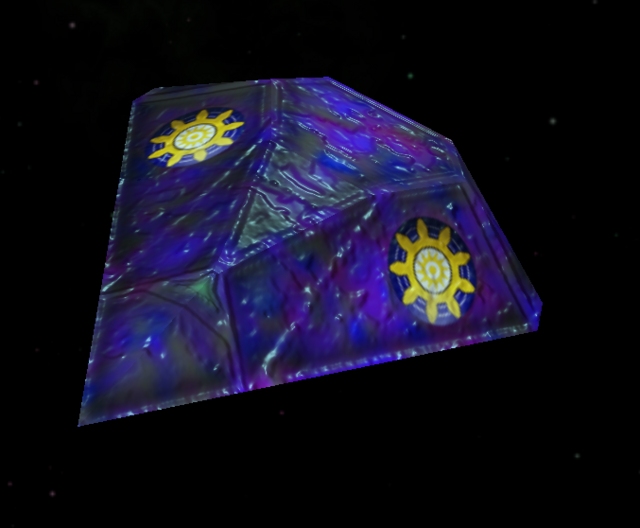 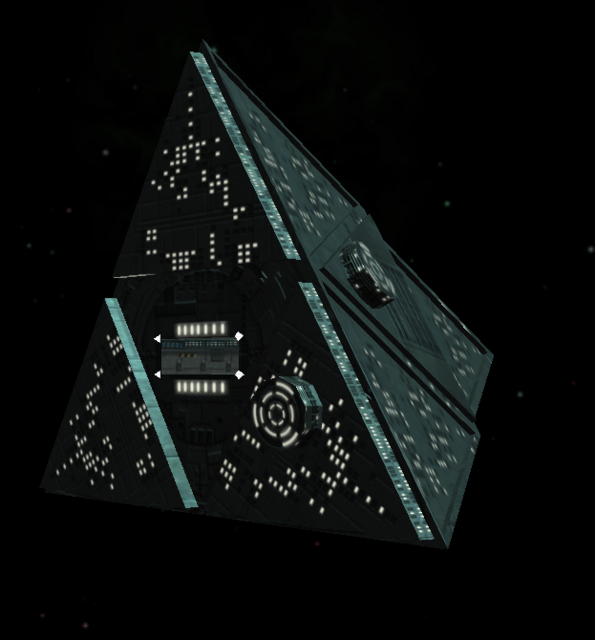 Why not "mainly industrial" systems ? In G1 there are 5 of this systems with dictators, max TechLev 10. No interference with Black Monks so the temple could be at the same position and, to make this systems more interesting, some special trade deal from the orders.
Trying to survive behind the controls of a Caduceus Psi XT in Alpha test

Wait, isn't that a ... - it certainly looks alike, maybe we know now from where the design for the hull came from 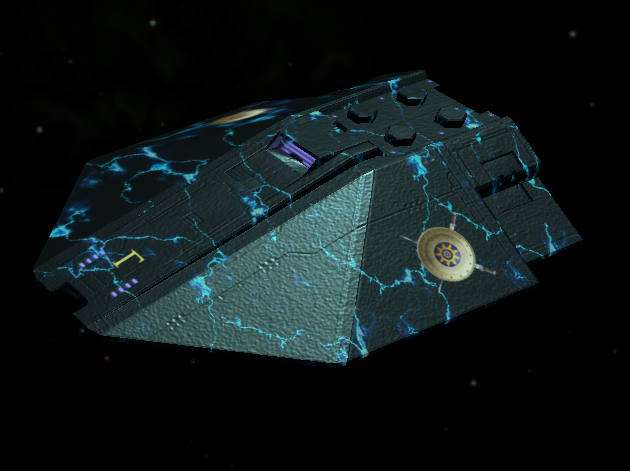 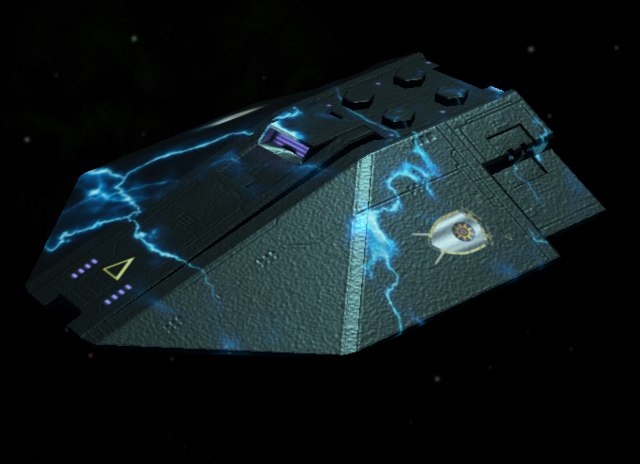 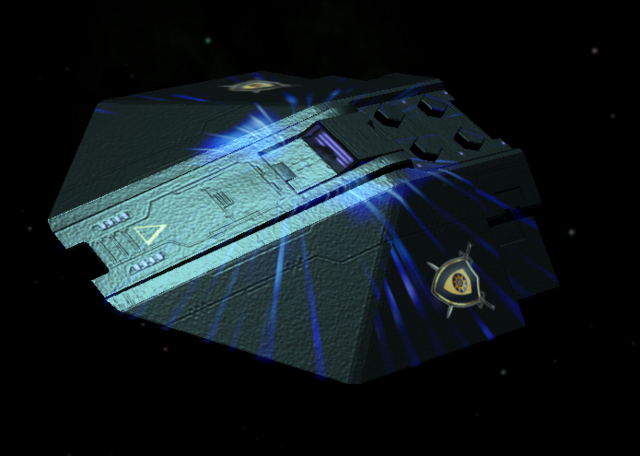 and some more based on AC/56 ships: 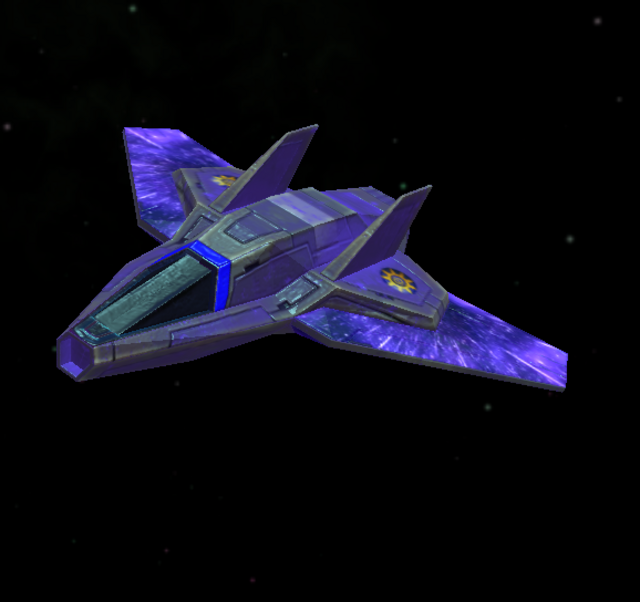 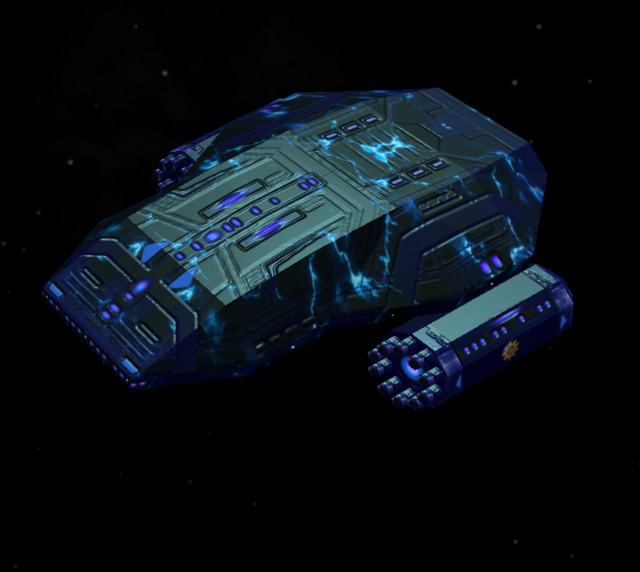 last but not least: 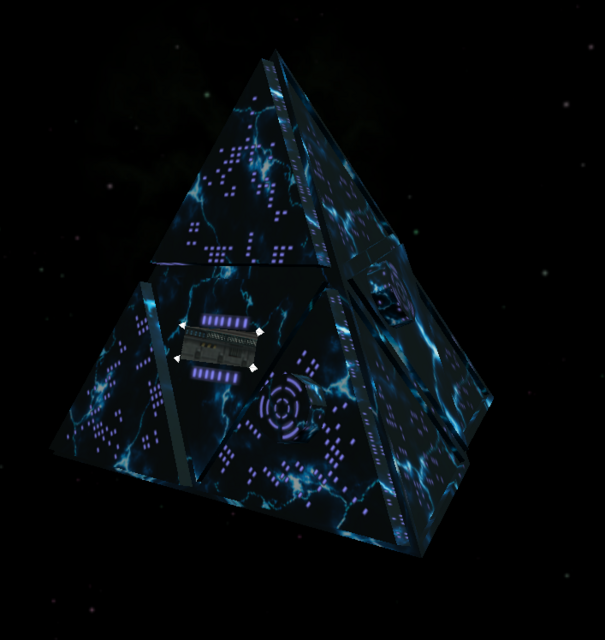 Holy Temple (based on G-Z1 Tetrahedron Depot from spara/Griff)


The Church of the Holy Witchspace Guard (HWG):

The centers of the church could be found in many systems, not only providing spiritual support but different levels of education as well. Furthermore quite a number of local influential organizations and persons employ members of the church as advisers. Therefore the church is well respected in most systems, the exception are communists who basically hate (and fear) them for their influence.

The military order of the church serves as Navy and, in cooperation with GalCop, as police as well. They are known to have experienced pilots. Currently their crafts of choice are the Kingsnake Gamma and the Kingsnake Delta. While this ships look alike a well known prototype of the Galactic Navy they are merely better armed Vipers.

There are rumors that the officers of the order have mental powers to intervene the equipment of their enemy ships. If this kind of PSI really exists or if its just and advanced technology nobody knows. However, there are only stories at late hours in a Seedy Space Bar, no proof ever was found.
Last edited by montana05 on Sun Dec 08, 2019 7:22 am, edited 1 time in total.
Trying to survive behind the controls of a Caduceus Psi XT in Alpha test 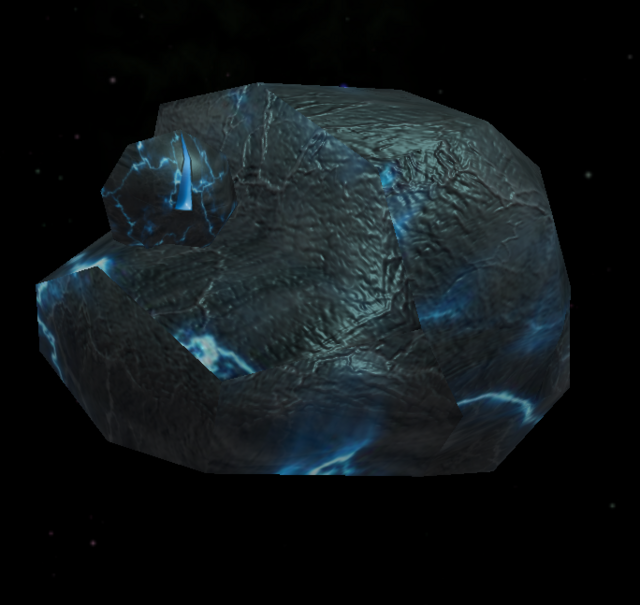 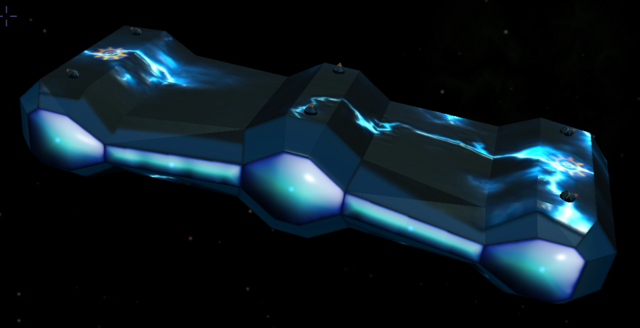 Leviathan Platform (a tweaked variant of Thargoids work, still refusing to use the lasers most of the time